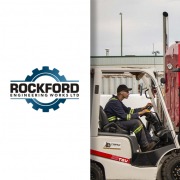 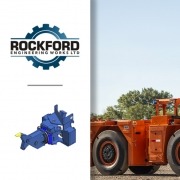 A Saskatchewan potash mine contacted Rockford Engineering with the need to develop a machine to improve the scaling operations ahead–of and behind their miners.

Scaling is the required removal of loose material from the walls and roof of the drift to eliminate the hazard of it falling on personnel or equipment.

Previous scaling solutions using scoop tram buckets were problematic: they had limitations on articulation, overturned machines due to their narrow wheelbase, and caused safety concerns with scale falling near the operator canopy. Through consultation with the customer, it was believed a scoop chassis still offered the most versatility and was perhaps the best choice for a scaler platform.

Rockford proceeded to identify and mitigate all inherent risks associated with using a scoop tram for light-wall scaling with a custom scaling attachment in lieu of a bucket. An in-depth application review began considering stability, working envelope, falling scale, and ease of integration into the OEM control system. The attachment design was to incorporate five degrees of freedom: lift, tilt, lateral swing, rotate, and pivot. Extensive analysis of different loading scenarios and considerations for machine centre of gravity was key in validating usage of the scoop platform. 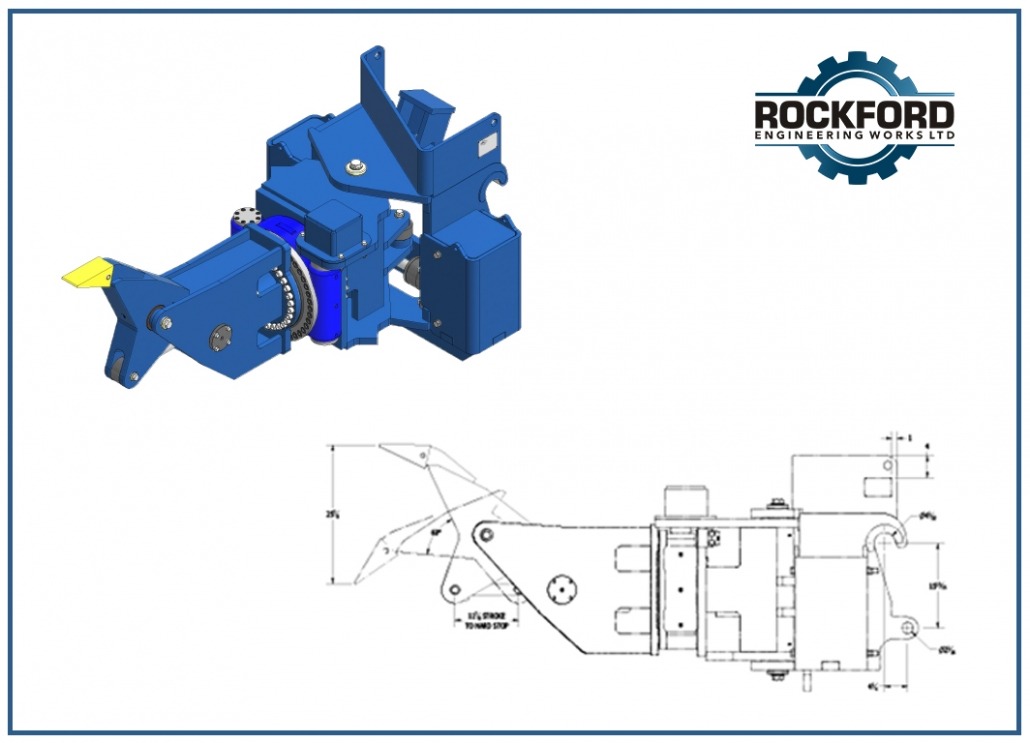 The result of the analysis and design process was an attachment equipped with: 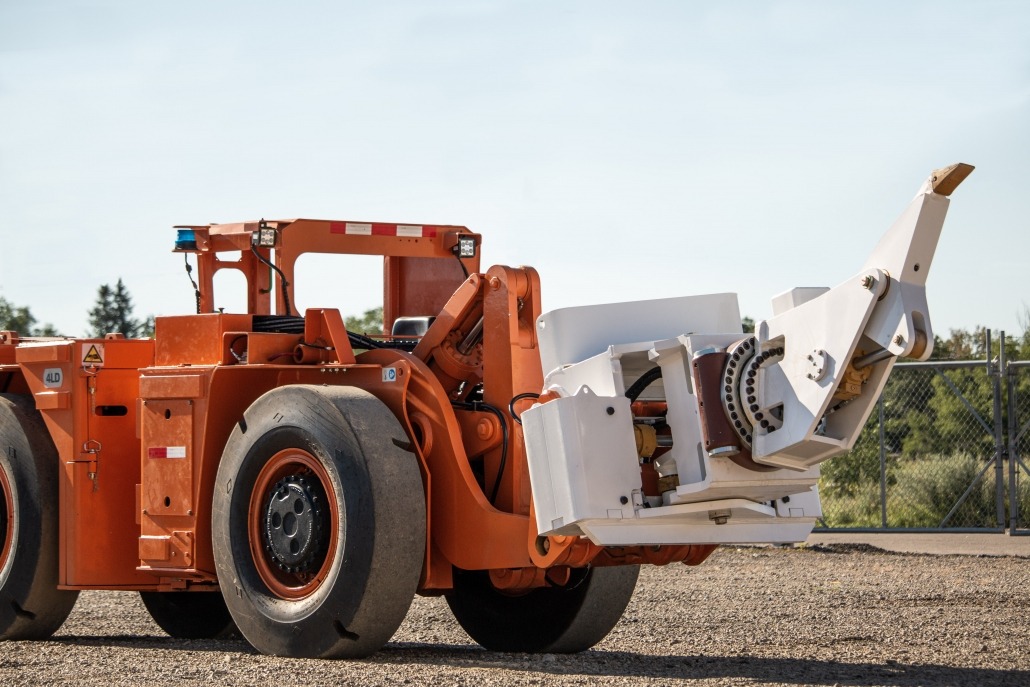 The factory tilt and lift functionality of the scoop chassis served to satisfy the remaining degrees of freedom required for the design.

Tilt sensors for lateral stability were utilized for the operator to identify and react when the machine exceeded an acceptable level of lateral elevation.

Required modifications to the operating system of the scoop tram were also realized. A speed restriction was implemented to limit travel to 5 kph when the scoop is equipped with the scaling attachment. This reduces the potential of tipping by limiting the force at which the scoop can impact the wall. A boom lift height restriction was also employed during scaling operation to prevent excessive elevation of the boom. This provides added stability to the machine when scaling by keeping the equipment center of gravity low to the ground.

Hydraulic boom float functionality was implemented in the swing circuit to allow for the scaling attachment itself to absorb any perpendicular force to the wall during tram scaling. This drastically limited the tipping force from being imparted onto the scoop. The relief setpoint of the float is set well below the tipping threshold of the machine in its worst-case operating scenario. 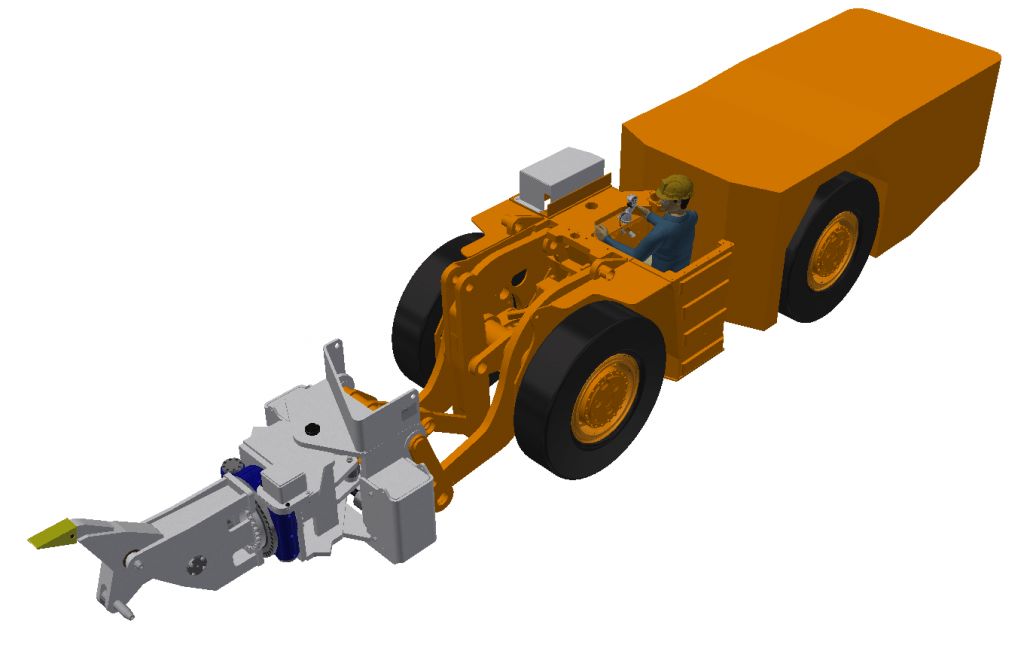 The Rockford scaler attachment is all controlled from a single operator joystick in the cab of the machine.

All procurement, fabrication, paint, and assembly of the attachment were managed directly by Rockford and factory acceptance testing was witnessed by the client and performed in Rockford’s assembly plant.

Rockford Engineers are well versed in industrial machine design with experience in both theoretical and practical designs. This mix of skill sets makes Rockford the perfect choice for all your machine design needs.

Our in-depth understanding of industrial machine design can be an asset in both greenfield and brownfield initiatives. Whether designing a new system for your specific application or analyzing an existing system for improvement and optimization, Rockford can help.

We cater to all industries in both mobile and plant environments – contact us today!